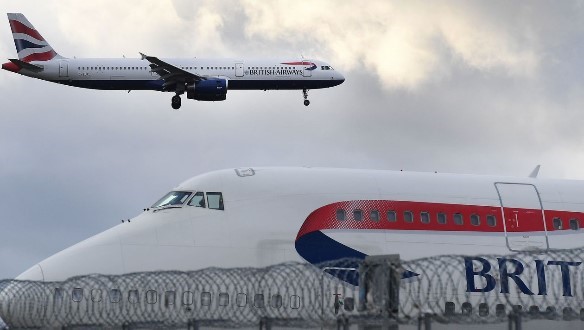 British Airways said it had canceled all flights to and from mainland China, the first global airline to do so, as a dangerous new coronavirus roiled Asia and spread steadily beyond.

The U.K. had followed the U.S. in advising against nonessential travel to China, as had New Zealand. British Airways, a unit of International Consolidated Airlines Group SA, said flights to Hong Kong will continue.

Governments around the world are working to repatriate citizens from China. A U.S.-chartered airplane carrying about 230 U.S. diplomats, their families and a small number of private citizens departed the central Chinese city of Wuhan—epicenter of the outbreak—just before 5 a.m. Wednesday, heading for Southern California. All passengers were to be screened before departing and at a refueling stop in Anchorage, according to the U.S. State Department.

The U.S. Embassy in Beijing said it would work with Chinese authorities on options for U.S. citizens remaining in Wuhan to leave. The city of 11 million has been locked down since last week in an attempt to curb further infections, with travel in and out barred.

Several other countries, including Japan, South Korea and Australia, also plan to evacuate citizens stranded in Wuhan, where the novel coronavirus originated. Australia, which has urged its citizens to reconsider travel to China, has roughly 600 citizens known to be in Wuhan’s province of Hubei. Those flown out will be quarantined in a detention center on remote Christmas Island, an Australian territory near Indonesia typically used to house asylum seekers.

In China, the official death count stood at 132, while confirmed cases of infection rose to around 6,000, the country’s National Health Commission reported Wednesday. The coronavirus was thought to have reached all of the country’s provinces and territories with the report of Tibet’s first suspected case Wednesday.

Much remains unknown about the virus, including the specific source and the time it takes for an infected person to show symptoms. A State Department spokesperson declined to say whether the Americans flying out of Wuhan would be quarantined.

The Communist Party-run People’s Daily, via an official social-media account, asked that passengers who had made any of 116 domestic journeys by public transport—the post listed specific train, plane and bus numbers—quarantine themselves at home and report to local authorities. Passengers from just two of those trips, taken Jan. 6 to Jan. 23, had been found, according to the posting.

The U.S. expanded screenings for the coronavirus to 20 airports this week, and Hong Kong limited travel links between the Chinese territory and the mainland. The city’s leader, Carrie Lam, on Tuesday urged residents to return from the mainland immediately and remain in their homes for 14 days after arrival.